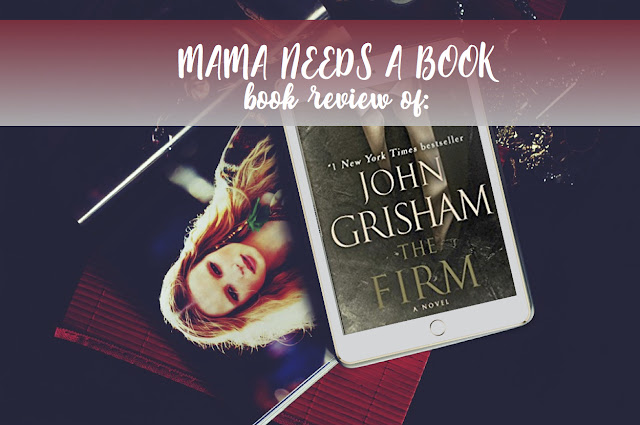 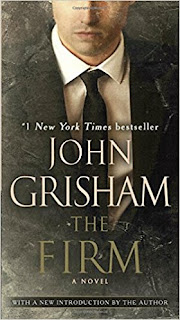 GoodReads Description: "Mitch McDeere is young, intelligent and ambitious. When he gets a job with the law firm of Bendini, Lambert, & Locke it seems to be the path to money and power. But soon Mitch finds that the firm is listening to all his phone calls, and the FBI wants to speak to him. Money and power has a price, and it could be Mitch's life."
Well… I finished it. Then I wished I didn't. I gave this book 1 star on GoodReads.  Which GoodReads says means “I did not like it.”  My wording would probably be much stronger.

I thought that the premise of getting welcomed into a high-class and seemingly idyllic job, only to find out it is a cover-up for something dark and illegal was a good one.  Honestly, there wasn’t really anything wrong with the overall plot of the book – for the most part.  Though I thought there were some convenient things that happened in the characters’ favor toward the ending.

But how can you like a book when you hate the main character SO MUCH?  I absolutely hated the main character. He apparently had super-human intelligence and the ability to never be tired no matter how long or hard he worked.  Not only does he have these uncanny abilities, but there was not one redeeming or relatable quality to balance it out.  He showed no signs of stress in stressful situations, he showed no sign of duty to anyone around him, he was shallow and money-hungry, and he showed no signs of remorse when he did bad things.

Exhibit A – and it’s a bit of a spoiler, but if you ask me you shouldn’t bother with the book - he cheats on his wife.  Now I’ve read books with cheating and honestly I understand how it advanced the story because there needed to be blackmail.  But he cheats on his wife the second he gets a taste of being wealthy and affluent.  Very first business trip – let's sleep with some random chick.  And before that the author goes to great pains to talk about everything his wife gave up to be with this man (her family – who he is a complete ass to) and how poor they were through law school and how faithful she was.  But screw it – this chick has glorious boobs and I’m out of town… What happens in the Cayman Islands stays in the Cayman Islands…  Ugh.  Men.  Is this really how you guys are?  Is this really what men read?  And did I mention that Grisham totally explains it away and acts like he had NO CHOICE.  That it’s what any man would have done.  Are you kidding me?  THEN Grisham makes a cute little quip about the affair at the end of the book.  Like it’s totally funny that this (happily!) married man slept with someone he doesn't even know and never tells his wife or feels bad in the least. I threw the book.  And I’ll never pick one of his back up.