Book Review: All the Light We Cannot See by Anthony Doerr 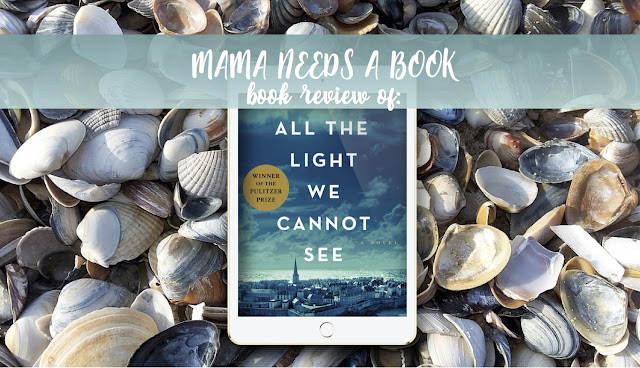 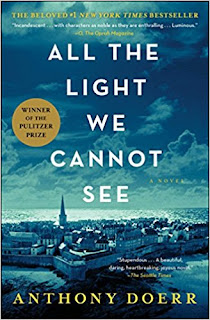 ***This post contains affiliate links.
All the Light We Cannot See by Anthony Doerr
Release Date: May 6, 2014
Publisher: Scribner
Pages: 531 pages
See it on GoodReads | See it on Amazon

Description on GoodReads: “A stunningly ambitious and beautiful novel about a blind French girl and a German boy whose paths collide in occupied France as both try to survive the devastation of World War II.

From the highly acclaimed, multiple award-winning Anthony Doerr, a stunningly ambitious and beautiful novel about a blind French girl and a German boy whose paths collide in occupied France as both try to survive the devastation of World War II.

Marie Laure lives with her father in Paris within walking distance of the Museum of Natural History where he works as the master of the locks (there are thousands of locks in the museum). When she is six, she goes blind, and her father builds her a model of their neighborhood, every house, every manhole, so she can memorize it with her fingers and navigate the real streets with her feet and cane. When the Germans occupy Paris, father and daughter flee to Saint-Malo on the Brittany coast, where Marie-Laure's agoraphobic great uncle lives in a tall, narrow house by the sea wall.

In another world in Germany, an orphan boy, Werner, grows up with his younger sister, Jutta, both enchanted by a crude radio Werner finds. He becomes a master at building and fixing radios, a talent that wins him a place at an elite and brutal military academy and, ultimately, makes him a highly specialized tracker of the Resistance. Werner travels through the heart of Hitler Youth to the far-flung outskirts of Russia, and finally into Saint-Malo, where his path converges with Marie-Laure.

Doerr's gorgeous combination of soaring imagination with observation is electric. Deftly interweaving the lives of Marie-Laure and Werner, Doerr illuminates the ways, against all odds, people try to be good to one another. Ten years in the writing, All the Light We Cannot See is his most ambitious and dazzling work.”

My GoodReads Rating: 4 stars
I had to think long and hard about what I was going to rate this book.  The writing is lyrical and heavy with meaning and symbolism.  The characters were complex and broken and depraved and heroic and ambitious… They represented the theme of this novel well – which was that even in all the darkness of that horrible time in history there was light – there was goodness.  The overlapping stories of Marie-Laure, Werner Pfennig and the Sea of Flames (as well as many others) all came together beautifully.  So I appreciate this book as an excellent example of good writing.

But there was something about it that dragged.  The subject matter is heavy – that could be part of it.  However, what I’ve decided made me feel that way about it is that it switched timelines and characters so often.  Von Rumpel’s perspective being short was appropriate, but often when I was reading Werner or Marie-Laure’s perspective it would end as soon as I started feeling a connection – or as soon as I was really getting into their story.    AND I really wish the August 1945 timeline that the book opens with would have had more to it.  I don’t want to give too much away (just in case I wasn’t literally the last person on earth to read this book) but I wish there could have been more of a love story.  Maybe that’s sappy, but I feel like it would have been a truly great one.

That being said, there were also things I really loved about this story.

I enjoyed the setting of St. Malo especially.  It was a beautiful place to be transported to through the pages of a book.  And Marie-Laure found her passion and peace in the ocean and the beach – and I felt as though that was a light for her as well. 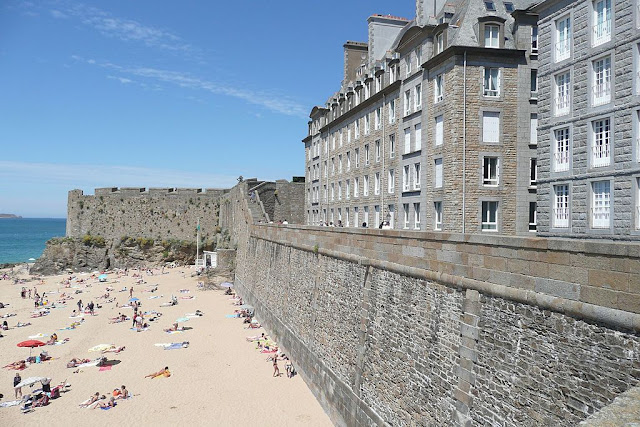 I also loved Daniel LeBlanc.  I loved that he was so devoted to his daughter.  This was 1945 – he was a man left with a daughter when his wife dies in childbirth, who then goes blind.  It is definitely not a given that he would be so devoted to her.  Even in that devotion he could have coddled her or raised her to be a victim.  But he did everything he could to foster her curiosity and teach her to be independent and smart – answering her many questions, taking her to the museum, encouraging her to explore it, encouraging the interests she found there with books.  Then building her a model of their section of Paris so she could learn to navigate it – and again later on.  He loved her, he encouraged her and believed in her.  He was a lovely character.

So many of the characters really did amazing things – and some of them did awful things as well.  Books like this one always make me wonder – what would I do?  Would I do that?  Would I really do that to save my own skin?  And this book especially made me ask myself that.  Again without giving too much away – when what happened to Frederick came to pass – I felt Werner’s pain.  What would I have done?  But Werner was just a child, still growing up.  He grew up and made choices and mistakes like we all do, but the time in which he lived made his choices have big consequences.
In the end though, the atrocities and the awfulness of war were not what Doerr sought to highlight.  It was the light – the little things (and the big things) – that people do for other people that we sometimes do not see. And he illustrated this in many ways throughout the book – in Marie-Laure’s blindness, in Werner’s interest in mechanics and his work with electromagnetic waves, in Etienne’s study of light and radio/electromagnetic waves as well, and in the stories of each of the characters.

You need this book if you are a fan of historical fiction, especially The Book Thief as this book reminded me of that one in many ways.


Quotes:
“Open your eyes and see what you can with them before they close forever.”

“’Your problem, Werner,’ says Frederick, ‘is that you still believe you own your life.’”

“If only life were like a Jules Verne novel, thinks Marie-Laure, and you could page ahead when you most needed to, and learn what would happen.”